Mugging: Victims and attackers give their accounts 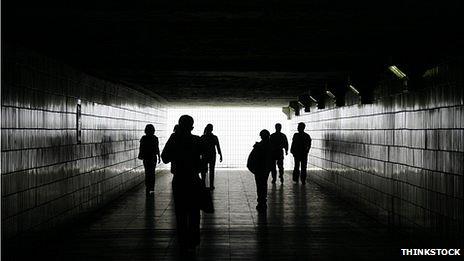 A mugging takes place every two minutes in the UK on average, so how do the muggers and the victims feel during and after the attacks?

"It's about really putting that fear into them," admitted Jermaine, who first got involved in street crime at the age of 11.

"The way you approach them, the way you're dressed, you have your hood on - you might have a knife on you, you might not, but it's about getting that fear into them and once they're scared they'll give you whatever you want."

Jermaine, who is from Essex, used to carry out street robberies until he found God and turned his life around.

He is now a qualified youth worker, working with gangs and the probation service. Looking back, he tried to explain why he did it.

"I was really frustrated and angry... I just used to walk around with a ferocious temper and you see someone on their own and you're just influenced in a demonic way where your hunger is driving you and you want money - it's a want - a lust."

And he admitted he didn't give a thought to the person he was mugging.

"When you attack them or assault them it's only afterwards you actually think 'Is that person still alive? Is that person alright?'

"At the time you're just thinking I want the money, I want the phone. It's kind of like you're an animal really, because you're not thinking about the other person's emotions."

One in three mugging victims are physically injured. Ben, a 21-year-old medical student, has been violently mugged on two occasions, 18 months apart.

Ben was mugged for the first time with his friend Dave in July 2010, as they walked home from a night out to celebrate the end of year exams in east London. 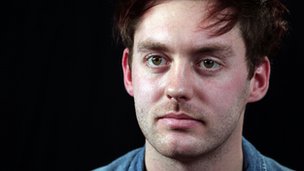 They had chatted to a group of men on the way home, but one of the group ran off with Dave's phone and when they tried to get it back things turned violent.

Dave was head-butted and Ben was hit around the head with a brick and knocked out. Four per cent of mugging victims are knocked out or concussed, while three per cent sustain broken bones.

"I came round for a moment," said Ben, "and saw Dave. He was sobbing and saying 'Ben you'll be alright'.

"I remember asking Dave why was it wet and he told me it was blood and a wave of panic came over me then. I'd never felt so vulnerable in my life, lying there in a pool of blood."

Ben had four fractures around his eye and now can't open his left eye fully.

"The pain of the injury was nothing in comparison to the mental pain afterwards," Ben revealed. He had nightmares and was very anxious about going anywhere at night.

You're constantly thinking about where the next attack is coming from ”

Aidan, a 21-year-old final year philosophy student, even resorted to wearing a stab vest after he was mugged and attacked on his way home from lectures at Leeds University.

It left him feeling "completely trapped" and too scared to walk to university or even go to the shop at the end of his road 20 metres away.

He described it as "absolute hell".

"I didn't want to leave my room... Your mind comes up with scenarios of how someone's going to attack you. You're constantly thinking about where the next attack is going to come from."

He started to get angry about nothing and it affected his relationships with people. He carries an attack alarm and for a while wore a stab vest on the way to and from university.

"I look back now and think well maybe it was a bit excessive - but I did feel and I still feel that it is going to happen again and I don't know how to shake that."

When Ben was violently mugged again 18 months after the first attack he could not believe it.

"I don't go round antagonising people, the whole point of what I do - my life - is to study medicine with the aim of helping people. It does leave me thinking why me."

When 18-year-old Richard was violently mugged, he suffered a brain injury which has changed his personality.   "It's like Richard went out the door that night and a different Richard has come back," said his mother Debbie. "We still love him but he's different," she said, saying he had become less inhibited and more impulsive. 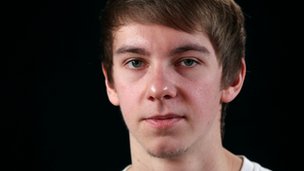 A third of all mugging victims are secondary school students. Richard was mugged while walking into town in Halifax, West Yorkshire, last year to celebrate A-level results with friends.

He was approached and asked for his phone, but when he refused he was attacked by more than one person.

He needed emergency surgery and survived but was placed in an induced coma for 10 days to control brain pressure and prevent further brain damage.

He had to relearn how to talk, walk and care for himself. It has put on hold his dreams of being a web designer. Six months on he is still unable to work full time, ride his scooter or drink with friends.

The gang who attacked him also carried out another robbery that night and were traced via a car they got away in.

The average sentence for a convicted mugger is 12 months, although 41% of those convicted are not jailed. The gang who attacked Richard were jailed for a total of 29 years.

"I do feel justice has been done," said Richard.

"When they were in court they were looking at me and whispering to their family. I would have liked them to say they were sorry."

Protect yourself from an imugging 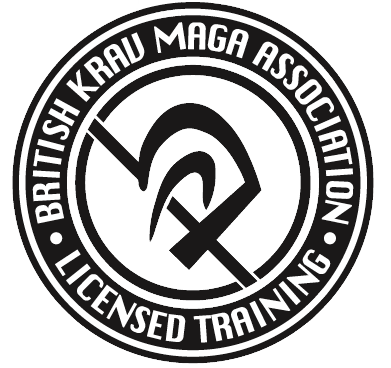