May 03 Posted by Paul Grey in Krav Maga Bristol 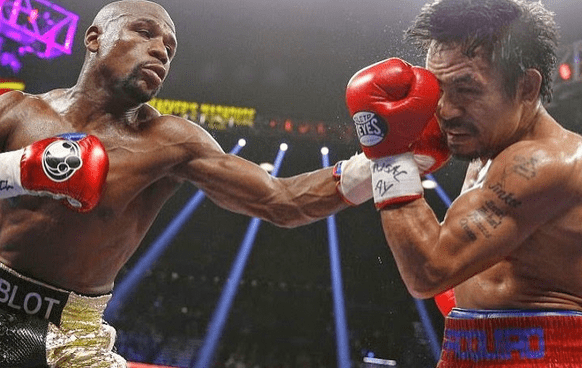 The Mayweather Pacquiao fight  resulted in an anticlimatic fight seeing Mayweather beat Pacquiao with a unanimous decision and kept his undefeated record for another fight, now stands at 48-0 he has one more fight left in his contract with Showtime.

A fight which never really lived up to its expectations and hype with Mayweather running out with a unanimous points decision. Manny Pacquiao gave him problems but not consistently enough to get anything from this fight. A rematch is inevitable but too me Manny Pacquiao never showed anything which can suggest that he can clinch a result or stope Mayweather if they were to fight again.

Having said that Mayweathers style of boxing is pretty boring yet highly effective that even a fighter of Pacquiao caliber could not penetrate and land power punches consistently. Personally Maidana gave Mayweather tougher test in their first fight than What Pacquiao could come up with. On the right side is our unofficial score card and how did we score the fight round by round. 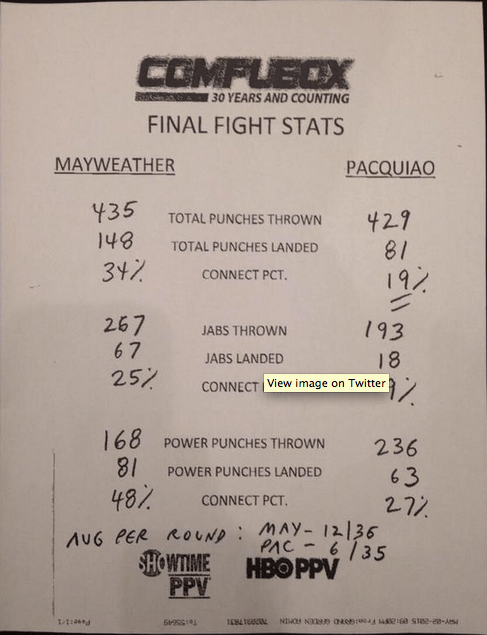 PPV numbers are expected to break all previous records and a total of $300 million is expected from PPV sales only of which 60% will go to the fighter, 30 to 40% will go to cable companies while around 8$ will be shared by Showtime and HBO.

Floyd Mayweather retain his unbeaten record, unify the world titles in the weight division and most importantly walks home with a big fat cheque which will make him the highest paid athlete in the world for yet another year.

Mayweather vs pacquiao diamon belt most expensiveMayweather has been very respectful in his approach throughout the build for the big fight while Manny Pacquiao looked happier of the two. Now all the talk, the build, controversies and blame games will end when the bell rings at around midnight easter time in USA and we will witness two legends finally going toe to toe.

Showtime and HBO will be broadcasting the fight live in United States with a join PPV venture while many channels of countries around the world spend millions in securing broadcasting rights for the fight and some will have pay per view and some countries are offering free coverage on free-to-air channels. SkySports will broadcast the fight in United Kingdom and they also have the option to record the event and it cost around 20 GBP in UK.

There will be two televised undercard fights as well plus 4 other non televised fights which will be broadcasted free by showtime and HBO youtube channels but the coverage will switch to PPV when the two official undercard fights gets underway.